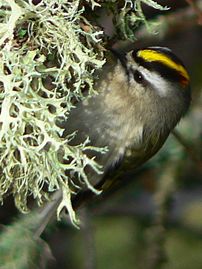 My third and final field season for the 2nd Pennsylvania Breeding Bird Atlas is over.  This last season I covered quite a bit of new territory for me in central and northern PA, visited 7 state parks I had never been to and camped in 4 of them.

I started off the season in southeastern PA where the highlight was several Blue Grosbeaks, Kentucky Warblers and lots of grassland sparrows including Vesper, Savannah and Grasshopper Sparrows. Warblers were few and far between although I did hear quite a few Tennessee, Blackpoll, Chestnut-sided and Canada Warblers that were still migrating through at the beginning of the season.

Mid-season I was doing surveys on both sides of the Susquehanna River north of Harrisburg where there were more warblers, particularly at higher elevations. Yellow-billed Cuckoos and Yellow-throated Vireos were fairly common. I stayed several days at Raymond B. Winter State Park where the most common birds singing at the campsite were Blue-headed Vireos and Blackburnian and Magnolia Warblers. I also had my first Golden-crowned Kinglet of the season at my site as well as my first Whip-poor-will’s in Pennsylvania.

I ended up the season further west, in Clearfield, Elk, and McKean Counties. I did lots of surveys on reclaimed strip mines that ranged from grassy mountain tops to scattered groves of locust to young forests. Sparrows were definitely the highlight of the reclaimed mines with the best being a single Clay-colored Sparrow and quite a few Henslow’s Sparrows.

Warbler diversity increased in the last part of the field season, especially in places with lots of mountain laurel. While I never happened across a Mourning Warbler, I did find a single Nashville Warbler singing in a sphagnum bog. Other northern species I picked up on surveys were Alder Flycatcher, Winter Wren, Brown Creeper and Golden-crowned Kinglet.

Overall it was a good season, although car problems did put a little damper on things. I managed to crack an oil pan and needed to replace my spark plug wires, both which were inconvenient when you are trying to work 7 days a week.