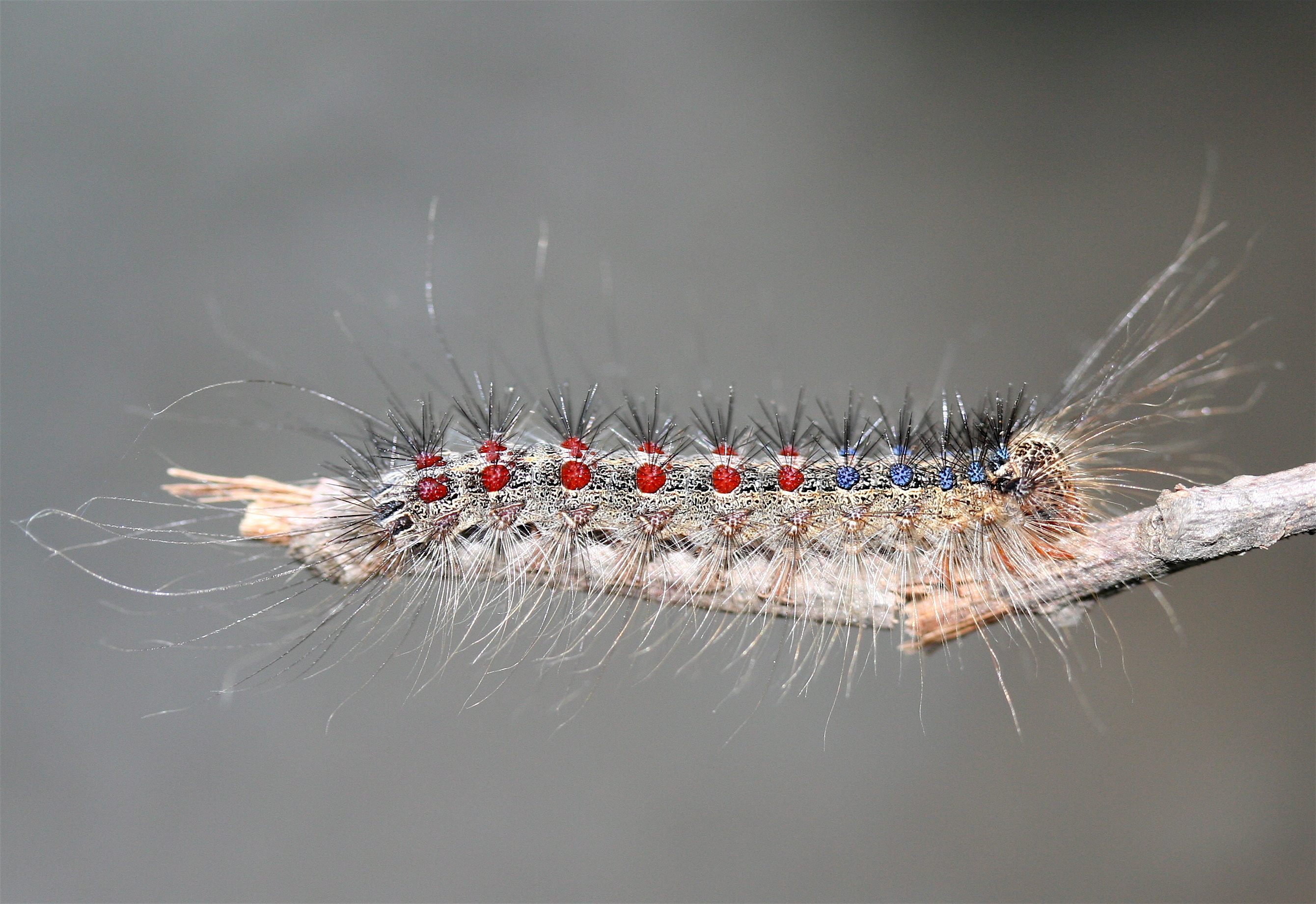 It’s particularly bad this year. At least I don’t remember noticing the large swathes of mountainside that were nearly absent of any green. While the gypsy moth caterpillar can be a real boon to birds such as cuckoos which feast on the insects, they can also cause tremendous damage to their hosts which include oaks and aspen.

According to Donald Eggen, director of the Office of Forest Pest Management for the Pennsylvania Bureau of Forestry, “Nearly 700,000 acres of Pennsylvania forests- primarily in the Poconos and central Pennsylvania- were defoliated last year because of the persistent bugs, and the infestation could be worse in 2007.”

Originally introduced accidentally around Boston in 1869, the first outbreaks began around 10 years later and it 1890 the first attempts were made to eradicate the moths. Unfortunately they were not successful and the moths still are causing problems over 100 years later. Below is the projected spread of the moths if their range continues expanding at the present rate of 21 km/year.

The effects of the gypsy moths could very well mean that only the less susceptible tree species will dominate the forest and some ecologically and economically important trees such as oaks will be lost.

Over the last 100 years over 20 insect parasitoids and predators from Europe and Asia were introduced to help control the moths with limited success. Birds feed on the insects but apparently not in quantities that affect the moths populations. More recently a virus and as well as a fungus have had good success in limiting the outbreaks. Unfortunately this year spring came so late that the fungus did not have time to have its effect before the caterpillars hatched and that is why there is a larger outbreak this year.

Moth outbreaks are currently also being controlled by direct spraying in areas that are hit under a joint program of state governments and the USDA Forest Service. If you are witnessing an outbreak on your property you should contact your extension service for more information on programs in your area.

The Magic of May Migration